Quarterbacked the 1991 Falcon Football Team that won the WPIAL Quad A Championship (the only WPIAL Football Championship in Connellsville High School’s history). Two-year letter winner in basketball – Played on WPIAL 1991 semi-final team. Attended Washington & Jefferson College where he was the starting Quarterback for four years: Led W & J to an overall 40 – 6 record during his career and set 8 school records; Guided W & J to three-straight NCAA Semifinal appearances, including a berth in the 1994 Amos Alonzo Staff Bowl (Division III National Championship Game); Two-time PAC Conference Player of the Year – Voted Division III All American 1994; In 1995, was second in all NCAA in pass efficiency and a finalist for the Gagliardi and Melberger  Awards given to the National Division III Most Valuable Player. Was inducted into the Washington and Jefferson Hall of Fame in 2005. Has a successful career in finance and is a long-time board member and past president of his Rotary Club. Also, coaches and is a board member in the Mt. Lebanon Youth Football Program. Married to wife Valerie and has four children: Jackson, Charlie, Abby and JJ. 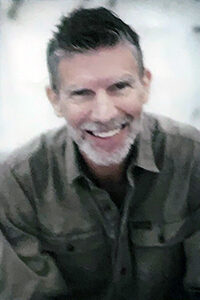 Scott is the lead singer, songwriter and guitarist for the rock band “The Clarks”. Received Indiana University of Pennsylvania’s Distinguished Alumni Award for Service in 2004. In 2006, Indiana University of Pennsylvania issued a resolution for the naming of the Clarks Recording Studio in Cogswell Hall. On December 29, 2010, the Pittsburgh City Council issued a Proclamation declaring “The Clarks’ Day” in the City of Pittsburgh. Performed live on national television shows, including the Late Show With David Letterman, the 2009 NHL Winter Classic and the Jerry Lewis Muscular Dystrophy Association Labor Day Telethon. The Clarks’ music has been featured in movies and television shows, including the 2015 premiere of “The Simpsons” and the theme song for the Anna Nicole Show. Was a member of the 1977 Connellsville Little League State Championship Baseball Team and a starting forward on the 1981 – 1982 CAHS Varsity Basketball Team that finished the season with a 21 – 4 record. Scott and wife Denise are the proud parents of daughters Sofia, Ava and Gracelyn. 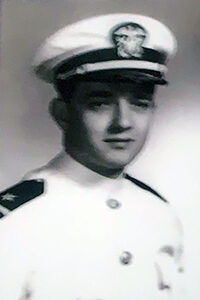 Never having crossed the border of Pennsylvania, John “Jack” Funari left Connellsville at age 18 to attend the University of Virginia, and then to Princeton University for graduate studies. While at Princeton, he received a Rhodes Scholarship and went to Oxford, England to study International Relations. In 1954 he enlisted in the Navy for active duty and served with the U.S. Navy Security Group in Morocco and then as navigator and communications officer on the Destroyer USS Massey. Jack returned to Connellsville in 1957, working for the University of Pittsburgh as executive assistant to the Chancellor, as an instructor of Political Science, and in a series of administrative posts. He was elected to the Connellsville City School Board, serving as President from 1960 to 1962, and was instrumental in desegregating the school district’s faculty. In 1963 he moved to Washington D.C. to become executive assistant to the Administrator of the U.S. Agency for International Development (USAID), followed by directorships of the USAID’s Washington office for Greece, Turkey, Iran, and Cyprus, and then Director of the Office of Near Eastern Affairs. In 1967 he moved to Amman, Jordan, as Director of the USAID mission there. Then, in 1969, he was appointed Deputy Director of the mission in New Delhi, India. In 1970 he left USAID and moved to Mexico City to become the Representative of the Ford Foundation for Mexico, Central America, and the Caribbean for four years, returning to Pennsylvania in 1974 to serve as Dean of the Graduate School of Public and International Affairs at the University of Pittsburgh. Under his leadership, the school became one of the top ten schools of public administration in the country. From 1988 to 1996, following his retirement from the University of Pittsburgh, he was the Editor of “The American Oxonian”, the journal of the American Rhodes Scholars, and served on the Rhodes Scholarship selection committee.

Graduated from the University of Pittsburgh in 2005 with a bachelor’s degree in Biological Sciences. She received her Medical Degree from West Virginia University in 2009. Completed a combined residency program in Internal Medicine and Pediatrics at WVU in 2013 and maintains board certification in both disciplines. Dr. Gannon served as Chief Resident for the Department of Medicine at WVU in 2013 – 2014. She currently serves as the Medical Director for Ambulatory Operations and Patient Centered Medical Home for the Department of Medicine at WVU. Under her direction, their clinics, which include primary care and medical subspecialties, saw over 31,000 patient visits in 2019. Their primary care practice is a National Committee for Quality Assurance Level III Recognized Patient Centered Medical Home. She has been inducted into the Gold Humanism Honor Society, which recognizes physicians who are “exemplars of compassionate patient care and who serve as role models, mentors and leaders in medicine”. Dr. Gannon has received awards for teaching, patient care, patient satisfaction, and quality outcomes. Her highest honors have been the West Virginia University School of Medicine Distinguished Teacher Award in 2014 and being selected as the guest speaker for the 2020 WVU White Coat Ceremony. Dr. Gannon maintains a busy primary care practice at Medical Group Practice in the Department of Medicine at the WVU School of Medicine where her areas of focus include caring for multiple generations of families, adults with chronic diseases of childhood, disease prevention, and health & wellness. In her role as an Assistant Professor at WVU, she helps to create the next generation of physicians for our region by teaching medical students and resident physicians. 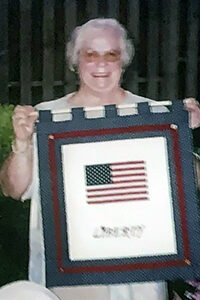 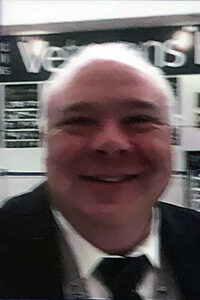 The only CAHS Graduate to ever attend the United States Air Force Academy (1987 – 1991). Graduated with a BS in Electrical Engineering. Undergraduate Pilot Training at Reese Air Force Base in Texas and received his Pilot wings in August 1992. While at CAHS, Sean was a member of the National Honor Society and received multiple Academic Excellence Awards. He also lettered in three sports: Football, Wrestling and Track. Sean earned MS Degrees in Electrical Engineering and Engineering Management from the University of Dayton Engineering and Research School. National War College. He served USAF for 27 years and retired a Lieutenant Colonel with numerous distinguished military honors. He served in US /Special Operations Command classified, direct action Counter-Terrorism, nuclear proliferation, humanitarian and counter narcotics. Flew for multiple Presidents of the US from 1992 – 2017. He worked for the Department of State in the counter-terrorism division for multiple inter-agencies within the US Government including the DIA, CIA DHS and ASD/SOLIC Pentagon. He worked as a defense contractor for military contracting companies DynCorp, Blackwater and L3-Technologies. He is currently working as an airline pilot for United Airlines in the 777. He is an active member of the Union League of Philadelphia where he chairs various committees for helping young adults enter the business world. He is a member of the Mt. Holly #14 Masonic Lodge, the Elks, American Legion and the VFW. Sean is married to his wife Melanie and has two daughters (Shelby and Isabella), both of whom are graduates of George Washington University/ Cuny Law & Fordham University/ University of Rutgers Business School respectively. 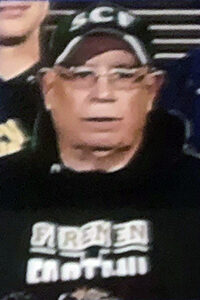 Sonny was an outstanding athlete at Connellsville High School, earning four letters in Football and three letters in Track. He held the record for the longest kickoff return for many years. He attended and graduated from Westminster College in 1961. While at Westminster, he earned a degree in Business Administration, with a minor in Education. He was also a star halfback on the Westminster Football Team earning three varsity letters. He broke Westminster’s record for rushing touchdowns as a senior. After college, he served in the United States Army, and then in the Army Reserves from 1961 – 1966. He returned to Connellsville following his military service and started a 33 year career with the Pennsylvania Department of Welfare. What Sonny was most proud of was the Connellsville Booster League Football Program where he coached and helped shape the lives of the youth of Connellsville. He volunteered for 54 years (1962 – 2015) molding and shaping these young men and preparing them for life’s challenges. The South Connellsville Playground Pavilion is named in Sonny’s honor.