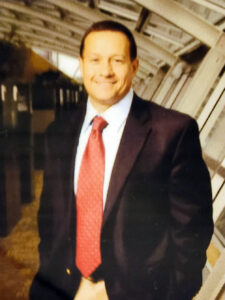 Dr. Baer has devoted his life and mission to promote health, wellness and longevity. He graduated in 1988 from Duquesne University School of Pharmacy and in 1995 from the West Virginia University School of Medicine. Received the Edward Stuart Award for outstanding patient care Chief Resident (internal medicine) and President Elect of all residences in Western Michigan. Led a citywide research consortium to leverage Western Michigan life sciences with the University of Michigan, Michigan State University and the VanAndel Research Institute. Has published over 75 peer reviewed articles in various medical journals. Principle investigator of a personalized medicine lab at the VanAndel Research Institute. Started a concierge medicine program in 2016. Is the Medical Director of Research and Innovation for Mercy Health (three Hospitals). Recognized as the top Internal Medicine Doctor in Grand Rapids by Grand Rapids Magazine for 12 consecutive years. Wrestled at Connellsville Area High School and at West Virginia University. Dr. Baer is proud to call Connellsville home as this is where his foundation and beliefs were established. 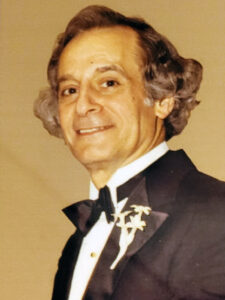 A proud member of the Connellsville High School Class of 1941, “Vince” Corrado served as a medical corps man in the United States Army and Navy before beginning a distinguished career as a psychiatrist and psychoanalyst in Pittsburgh, PA. He attended the University of Pittsburgh for both his undergraduate studies and his medical degree which he received in 1948. Dr. Corrado remained dedicated to his field and his patients throughout his 40+ years in private practice. He also served on the medical staff of St. Joseph’s Hospital, Western Psychiatric Institute and Clinic, Divine Providence Hospital; taught at the University of Pittsburgh Medical School; and became President of the Pittsburgh Psychoanalytic Center. Dr. Corrado was a psychological consultant to Fred Rogers of “Mr. Rogers’ Neighborhood” for 32 years, advising him on the content of the show. Dr. Corrado would be honored by his selection into the Connellsville Area School District Hall of Fame. 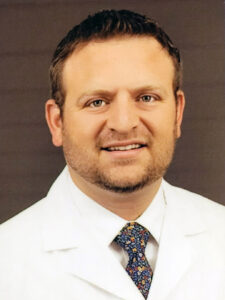 Graduated summa cum laude from St. Vincent College in 2009 with a Bachelor’s of Science in biology and with minors in biochemistry and psychology. Graduated from Thomas Jefferson University Jefferson Medical College with a medical doctorate in 2013, graduating in the top 33% of the class. Completed a seven year neurosurgical residency, including a year as chief reside at Penn State Health Milton S. Hershey Medical Center in 2020. Completed fellowships in neurocritical care and stereotactic and functional neurosurgery at Penn State Milton S. Hershey Medical Center. Currently, an attending neurosurgeon within the Allegheny Health Network and Director of Neurocritical Care at Allegheny General Hospital. Has published numerous peer-reviewed research articles and chapters in several neurosurgical journals and textbooks. Dedicated to educating the next generation of neurosurgical residents, medical students, and undergraduates, including returning to St. Vincent College to help guide undergraduates who are planning to attend medical school. Medical practice focuses on treatment of patients with chronic pain syndrome, traumatic brain injury, and other severe neurologic disorders, such as stroke and spinal cord injury. 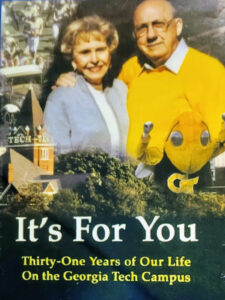 After high school graduation, Jim would attend Slippery Rock State College, serve in the United States Army, and then attend graduate school at Miami University of Ohio. In 1955, Jim and his wife Gay moved to Atlanta, Georgia, where he would begin an incredible career at the Georgia Institute of Technology, better known as Georgia Tech. He would retire in 1991 with the title of Vice President/Dean of Students. Among his many achievements at Georgia Tech: Improvements in student housing; advancements in theatre and the arts – in 1991 a new Student Center for the Arts was dedicated which includes the Dean James E. Dull Theatre; improvements in athletic facilities and in intramural sports activities; building of a new student health center; instrumental in the enrollment of the first African American Students on the Georgia Tech Campus in 1961; Promotion of School Spirit – Jim Dull was originator of the famous “Rambling Wreck of Georgia Tech”, a 1930 Model A Ford Sports Car painted in school colors which appears at G-T football games and other events; Jim also personally coached the G-T cheerleading squad and dance team; when Jim retired, the G-T student council established a “Dean Dull Day” to be celebrated every October 23. After his retirement, Jim and Gay Dull published a book entitled, “It’s for You: Thirty-One Years of Our Life on the Georgia Tech Campus”. 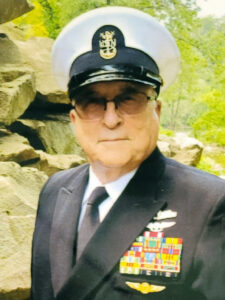 Ronald L Shroyer was born on Memorial Day, baptized on Independence Day, and seemed destined to a life of service to God, country, and Family. In 2005, he was recognized as the Department of Veterans Affairs Vocational Rehabilitation Counselor of the year and as the Department of Veterans Affairs Customer Service Employee of the year for severely wounded and disabled Veterans and their families from all service periods. For 31 years he served in the United States Navy and was permanently retired as a Command Master Chief in 1998. Master-Chief Shroyer has three combat tours of duty in Vietnam. He served with numerous Fighter Squadrons and carriers all over the world, and served for many years in the Navy Recruiting Command. He earned numerous medals and awards. Ron holds a Bachelor of Science Degree from the University of the State of New York, and a Master of Science Degree in Counseling Psychology from California University of Pennsylvania. An accomplished soloist, Ron has sung the National Anthem while representing “The US Navy” in multiple sports stadiums around the country. These teams include the Pittsburgh Steelers and Pirates. He also performed in several local musicals, including South Pacific for the Asbury Theatre Group in Uniontown. As a student at Connellsville Area High School, he was selected for Regional and State Chorus and was greatly influenced by his teacher, Mr. Robert Munden. Currently, Ron is an active member of the Yough Catholic Community of Connellsville and Dunbar, volunteers for the Saint Vincent DePaul Society, is a life member of VFW Post 21., and is a 4th degree Knight of the Knights of Columbus. Ron is immensely proud to continue to serve in his hometown community. 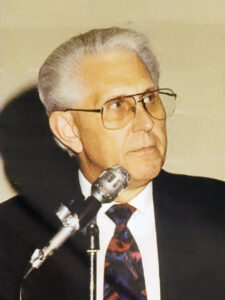 At an early age Jerry was interested in sports and played on the Eagles Champions, the first little league All Star Team, high school football and basketball teams, and the Thiel College Football Team, where he lettered for two years. He earned a B.S. Degree in Social Studies from Waynesburg College. Upon graduation, he joined the 429th Engineer Battalion Reserve Unit which President John F. Kennedy activated during the Berlin Crisis. Afterward, he was hired by the Connellsville Joint School District to teach World Cultures and coach football. He also attended WVU, obtaining graduate degrees in Guidance and Administration. During his 39 years, he was Home School Visitor, Guidance Counselor at CAHS, Assistant Principal at Jr. High West and CAHS, and ultimately Principal of CAHS. He was then employed by Penn State University of Fayette Campus for 30 years and Laurel Business Institute as a recruiter for four years. His community involvement includes serving on Parish Council, President at St. John Evangelist Parish, Geibel School Board member, interim Connellsville City Clerk, and former member and president of the Connellsville Jaycees. He is a former member of I.I.C. Moose, Slovak Club, and a current member of the Elks and the Highlands Hospital Patient Safety Committee. Jerry is very happy and proud to have been raised in Connellsville where he was privileged to work and have an impact on so many lives. He always says: “I would put Connellsville up against anyone!”