CAHS Commencement Address “Dancing On This Earth.” Graduated from Indiana University of Pennsylvania, B.S. in Music Education. First female drum major in the history of the IUP Marching Band. Graduated from the University of Pittsburgh, M. Ed. in Secondary Education. Honored as the one graduate student selected to teach music at the University of Pittsburgh Falk Laboratory School. Taught music, elementary and secondary, vocal and instrumental in the Connellsville Area school District for 36 years. Penned, proposed, and implemented the new CAHS music curriculum to include Music Theatre Arts I and II, Musical Theatre Arts Curtain Call, Class Guitar, Class Piano I, II, and III, and the History of Rock and Roll. Taught piano, flute, music theory, acting, and voice at the Cuneo Studio for 30 years. Founded C Glee at the Carnegie, a Musical Theatre Experience. Committed herself to thousands of regional students, showing her love of music and her belief in the promise and potential of students of all ages …”because I knew you, I have been changed for good”. PENNSYLVANIA PROUD BUT CALIFORNIA DREAMIN! 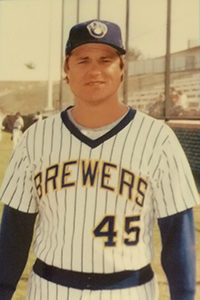 Bob was a Major League Baseball Player from 1977-1981 pitching for the Milwaukee Brewers and then the Seattle Mariners. Bob earned a Business Degree from Robert Morris University.
Bob’s career in baseball includes the following stops and special achievements:
Connellsville Little League Pennsylvania State Championships: 1963, 1964; Championship Connellsville American Legion Teams in the late 1960s; Professional Baseball Rookie League at Bluefield, West Virginia in 1969; Class A Baseball at Lodi, California in 1972; Class AA Baseball at Asheville, North Carolina in 1973-74; Class AAA Baseball at Rochester, New York where his team was the 1976 regular season Champion and Bob ended the season with a 13-5 record. At age 40, Bob played for the Orlando Juice in a professional senior league. The final chapter in Bob’s professional baseball career was to pitch in Italy where he led his team to the Italian championship with a 16-1 record. While with the Milwaukee Brewers in 1979, Bob was 3-1 with three 3-inning saves. In August of 1981, Bob was the winning pitcher in the longest game ever played at Boston’s Fenway Park. The game spanned two days. He has been inducted into the Fay-West Baseball Hall of Fame and the Fayette County Sports Hall of Fame. 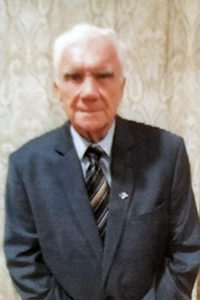 First teacher at Coatesville High School to be named “Educator of the Year”. The award is now named for Ross. He coached Basketball for 28 years and Track & Field for 18 years at Coatesville High. His coaching record in Basketball was 462-129 with one District 1 Championship. His record in Track & field was an incredible 103-1 with two District 1 Championships, one State Championship, and one Eastern United States Championship. The Coatesville High Gymnasium is named the “Ross Kershey Gymnasium”. Ross has been inducted into eight individual Halls of Fame including the Pennsylvania State Track and Field Hall of Fame. Ross’ teaching career presently stands at 57 years; 42 at Coatesville High, 11 years at Widener University, and currently four years at Immaculata University. He is highly regarded for his teaching of American History.

Army Specialist Sheetz was awarded the Silver Star for gallantry in action during Operation Iraqi Freedom on February 27, 2006. The following comments are taken from the Citation that Brian received:  “Specialist Sheetz’s heroic actions and selfless service during combat operations saved his fellow soldiers’ lives, as he was wounded. His undaunted concern for his comrades at the cost of permanent injury to himself was above and beyond the call of duty. A grenade was thrown inside the tank, which threatened the safety of the entire crew. Specialist Sheetz, working as the loader, quickly grabbed it and positioned himself between the grenade and the crew and proceeded to throw it out of the loader’s hatch. As he threw it out of the turret, the grenade exploded, and shrapnel lacerated his hand and face. Specialist Sheetz’s bold action, gallant possible death, thereby upholding the highest tradition of the United States Army.” Brian enlisted in the Army National Guard in 1988. He earned a B.S. Degree in Administration of Justice from Penn State, and a Culinary Arts degree from Westmoreland Community College. He worked as a chef, until later he was employed by the Pennsylvania Department of Corrections from which he retired upon being injured in Iraq. Brian always appreciated a good meal and a cup of coffee, classic literature, and music. He loved to attended concerts with his family, who will remember him as a loving husband, father, and grandfather. 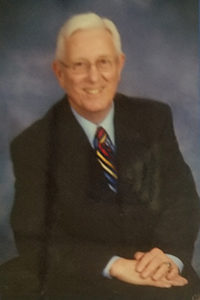 William H. Swan Jr. lived his life for God, family, friends and his community. He was put on this earth not to be served but to be a servant and he displayed this Bible verse throughout his life. Excelled in both Football and Track at Connellsville Joint High School. 1964 graduate of Otterbein University. Held the 100 meter dash record for years running it in 9.7 seconds on a cinder track. Served on the Board of Trustees from 1992-2003. Long time business owner (37 years) of Swan’s Appliances and Furniture in Connellsville. Member of Kiwanis, Elks, Chamber of Commerce: Service Award (2000), Distinguished Citizen Award (2012), Charter member of Connellsville Industrial Enterprises. 50 year member of the Masons and Shriners. Active member of Otterbein United Methodist Church. Volunteer at Connellsville Area Community Ministries…CACM renamed its food pantry in honor and loving memory of Bill. Bill was a proud member of the Connellsville Community where
he lived, worked, and served.