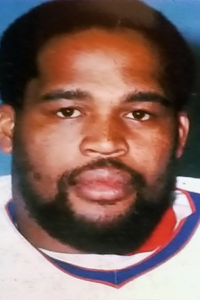 Graduated from West Virginia University where he was an All American Football player for the Mountaineers. He was drafted in the 3rd round of the 1971 NFL Draft by the Buffalo Bills. He played in the NFL from 1971-1978. At WVU, one of the four Towers Dormitory Buildings is named in his honor. He was inducted into the WVU Sports Hall of Fame in 1993. His WVU football jersey number “44” was retired in 1996. In 2012, he was inducted into the Fayette County Hall of Fame. During his NFL career, he developed and implemented a drop-out prevention program with the West Virginia State Education Department. Family and friends know that his legacy includes coaching and mentoring countless student athletes, ranging from little league youngsters through professional athletes. James “Bubby” Braxton will always be remembered as one of the Connellsville Area’s greatest athletes. In addition to football, he excelled in basketball, baseball, and track. However, he was so much more than just a great athlete. His died in 1986 at the age of 37. His memory lives on. 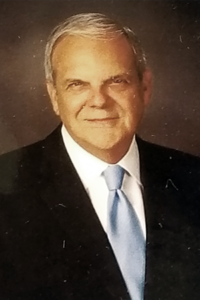 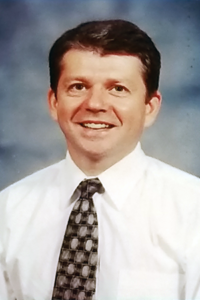 Graduated from Otterbein College, Westerville, Ohio, in 1978 with a Bachelor of Music Education degree. Proud music educator in the Connellsville Area School District for 35 years, served as CAHS Choral Director and director/producer of the CAHS Musical from 2006-2014. Choir director for area churches for 36 years, most recently Immaculate Conception Church of Connellsville from 1997-2015. Served as director/assistant director of the Molinaro Marching Band of Connellsville for several years. Adult Leader with the Boy Scouts of America Troop 620, serving meetings, camps, and field trips; Music Merit Badge counselor; and mentor to Eagle Scout program. Henry created beautiful music and made countless contributions to the performing arts throughout the greater Connellsville area as a singer, actor, choral director, and teacher for 50-plus years. Devoted and beloved husband and father.

Graduated from Penn State University in Business Administration. He was
inducted into the International Honorary Fraternity of Delta Sigma Pi. He worked 33 years with the Johnson & Johnson Company, specializing
in Manufacturing and Purchasing Management. He served as J & J’s (Surgikos Division), Director of Purchasing and Mexican Operations. Mr Opperman is listed in “Who’s Who in the East” for his distinguished career and for his dedicated community service. He received a US Treasury Award for Patriotic Service. His record for community leadership includes such roles as Chairperson of the local hospital appeals campaign, United Way Chairman, Advisory Board for Easter Seals, Princeton’s Youth Fund Board of
Trustees, and served two terms on the Princeton Recreation Board. His lifetime passion has been Track And Field. In New Jersey, he served many years as a track official for Princeton University and the Association of Amateur Athletics of America. He was also the founder, director, and coach of Princeton’s
Junior Olympic Program. He served on New Jersey’s AAU Executive Board and Chaired the New Jersey statewide Junior Olympic Track Championship. As a CHS athlete, Mr. Opperman broke seven records at the 1956 Fayette County Track Meet, competing in the low hurdles, high hurdles, and high jump. 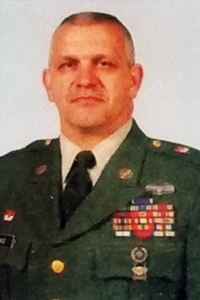 After graduating from CAHS, he joined the US Navy from 1987-1994. Served and participated in Operation Desert Shield and Operation Desert Storm and was stationed in Virginia Beach.  Joined the Pennsylvania Army National Guard in 2001 – 2017: served and participated in Operation Enduring Freedom (Italy) and Operation Iraqi Freedom (Iraq). He once survived an IED attack on his convoy. He remained active in the National Guard until 2017 and retired after 23 years of total military service. Was presented with a Purple Heart, Meritorious Service Medal, Army Commendation Medal with Valor, and the distinct honor of the St. Maurice Infantryman Medal. Scot gave over 30 years of service to the South Connellsville Volunteer Fire Department, including 10 years as Fire Chief. Married to Amy Hogan Sage with one child, Kylie Marie Sage (deceased), and two step-children, Benjamin Booher {Army – Iraqi Freedom Veteran), and Abigail Booher (US Navy stationed in Japan).  “Forever grateful to the Connellsville Area Falcons for providing me with
the foundations of outstanding optimism, patience, endurance, and
bravery to overcome any situation life presents. From the track field to the football field, to the battlefield.” 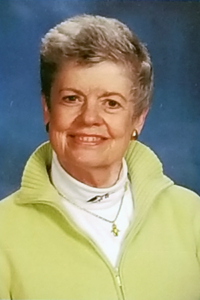 After high school graduation, she attended Baldwin-Wallace University earning a Bachelor of Science Degree in Mathematics. Enjoyed a 33-year career at NASA’s John Glenn Research Center in Cleveland, Ohio, as a technical writer/editor editing all security classifications of scientific research. She ended her career in management and received an Exceptional Service Medal “for consistently providing editorial
services and innovative solutions to budgetary issues.
Returned home in 2002 and became active in Wesley United Methodist Church. Serves as Executive Director of the Wesley Church Health Center. Inc. Is a member/officer in the Daughters of American Colonists and Daughters of the American Revolution. Served on Connellsville’s City Council as Director of Health and Public Safety. Appointed to the Connellsville Redevelopment Authority as Member and Board Chair. Elected Connellsville’s City Treasurer in 2017.